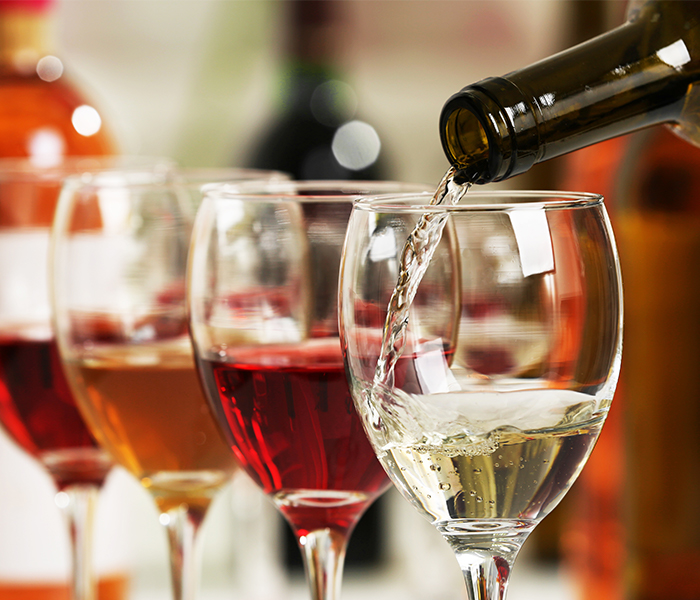 Lately, thereâs been a lot of buzz in the wine world regarding these three topics, and a lot of confusion over the precise definition of each as well. Many of todayâs consumers want to know exactly what goes into the foods they eat, and this holds true for what they drink as well. Clean wine and natural wine are two categories that are benefitting from this trend.Â

This term is relatively new and recently gained a big publicity boost after Hollywood star Cameron Diaz launched her own clean wine brand. Clean wine is not an officially regulated wine category like organic wine is, and therefore there are no specific rules regarding production. Producers of clean wine generally follow the basic tenets of both organic and natural wine. Most are made from organically grown grapes, made without the use of agrochemicals, have little to no additives beyond what is necessary to convert grape juice into wine, and are vegan, i.e. made without contact with any animal-derived products during the winemaking process. Most clean wine brands are made with little to no added sugar or residual sugar, that is, natural sugar remaining in the wine after fermentation. Adding some sugar is a fairly common practice in winemaking, many mass-market wine brands add small amounts of sugar after fermentation to add a bit more body to the wine and to appeal to the palate of the average American consumer of mass-market wines. At the end of the day, clean wine is similar to natural wine, but natural wine goes a bit further.Â

Many of todayâs consumers want to know exactly what goes into the foods they eat, and this holds true for what they drink as well.Â

This term has been around longer than clean wine and has uniform standards that have been followed by producers of natural wine for quite some time. Natural wineâs leading proponents define it as a wine made with as little intervention by the winemaker as possible. Typically, organic and/or biodynamic practices are followed in the vineyard, but the relevance is really in the winery. Strict adherents call for nothing added to and nothing removed from the grapes, juice, or wine. Many consumers are surprised to find out just how much wine may be manipulated by the winemaker. Natural wines have no adjustment of sugar or acid, no water added or removed and no added commercial yeasts, only spontaneous fermentation through indigenous yeasts. Also not allowed are fining agents like gelatin, bentonite, isinglass, and egg whites, all of which are used to make wine clear and bright. Natural wines are not filtered. Sulfur dioxide (aka sulfites), when used at all, may be added only in very small amounts to avoid oxidation and microbial spoilage.Â

To the average wine consumer used to clean, bright, clear, fruity wines, natural wines can often seem to be faulty. It is common for natural wines to be slightly cloudy from small amounts of yeast or to be slightly oxidized. It takes real skill to make high-quality wine without all the modern techniques typically employed by modern winemakers. In 2020, France became the first country to officially regulate natural wine under the category of vin méthode nature (natural wine method). The regulations stipulate that natural wine can be made only from organically grown grapes, may have no additives or modifications made to the wine, fermentation with native yeasts only, and contain no more than 30 parts per million of added sulfites, which is very low. It is likely that other countries will eventually follow suit with their own regulations for natural wine.

Another hot wine topic today, orange wines are white wines that are made like red wines. Instead of pressing the juice off the skins prior to fermentation, the wine is left in contact with the skins during and after fermentation for just a few days, or up to several months, depending on the specific wine and producer. This extracts additional color (often aided by slight oxidation) as well as tannins and other phenolic compounds from the skins. The resulting wine ranges in color from deep yellow to orange, and on the palate is more full-bodied than a typical white wine. Most of the orange wines available today are being made in Italy, especially in Friuli, but can also be sourced from France, Germany, the US, New Zealand, and the former Soviet Republic of Georgia, where this is an ancient, traditional style of wine.