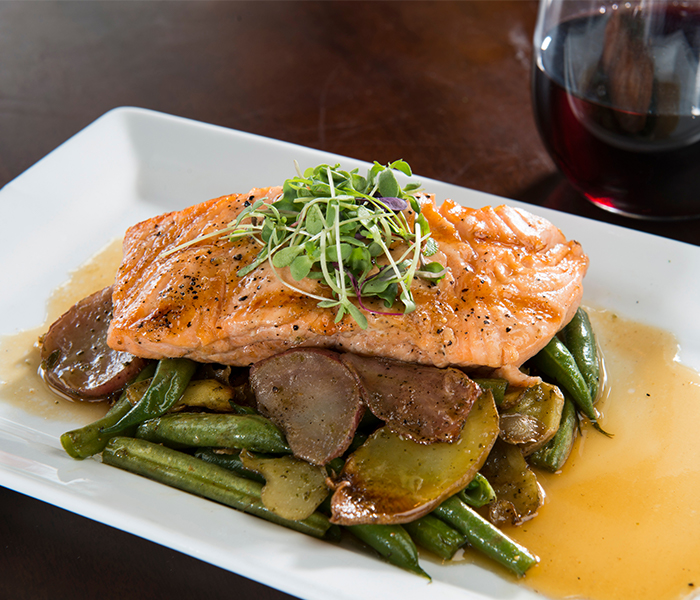 Yes, You CanâAnd ShouldâCook with Bourbon. Hereâs How to Do It.

Sure, you might use a shot of it to douse those powdered-sugar-dustedÂ during the holidays, but bourbon is actually way more versatile in the kitchen than you think. It can help make a killer pan sauce for sauteed chicken or salmon, add oomph to a salad vinaigrette and lend flavor to everything from grilled shrimp to bruschetta.
Â

Whitney Fontaine, an executive private chef in Louisville, Ky., loves getting her whiskey on in the kitchen and shared with us some tips on how to incorporate it into every delicious course.
âââââââ

First of all, different styles of bourbon will affect dishes differently. Lower-proof spirits require less time to cook off the alcohol and allow the flavors of the dish to shine through without competing with that pesky booze burn.
ââââââââââââââ
âHigh alcohol coagulates meats and fats quicker than you would like,â says Fontaine. A wheated bourbon likeÂ is sweeter and warmer, enhancing desserts, jams, jellies and sauces that pair with smoky flavors. Spicy, peppery high-rye offerings like work well with dressings and fruit-based dishes and have the brightness to offset rich and creamy ingredients.

âââââââFinally, âmalted barley adds a cereal note that people either love or hate (similar to scotch),â says Fontaine. âThis will enhance breads, risottos, pilafs and any fruit crisp that uses oats in the topping.â


Once you have your hands on a bottle that works for the ingredients you want to use, itâs time to get creative. That bottle of wine you usally turn to deglaze a pan and release all those flavorful, charred bits of chicken, pork or beef? Keep it corked.

Instead, remove the meat from the pan and the pan from the heat, and add a quarter of a cup of low-proof bourbon, letting it simmer until itâs reduced to a thick syrup. Then add a half cup of cream, reduce it until it coats the back of spoon and add salt and pepper to taste.

Or, if you want a lighter sauce, skip the cream and use a half cup of stock, along with a pat of butter, and salt and pepper. No matter which version you make, feel free to use a liberal hand with the bourbon, adding more before spooning it over the meat to brighten flavors and add more depth.

First of all, different styles of bourbon will affect dishes differently. 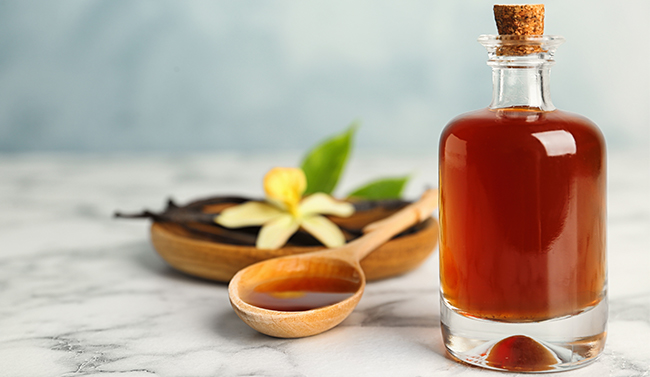 Bourbon can also break down the enzymes in meat, so it works as a multitasking tenderizer and marinade. Mix it with brown sugar or sorghum, soy sauce or Worcestershire sauce, garlic, shallots, olive oil and your choice of seasonings and spices, and give your protein a bath for a few hours. (You can then discard the marinade, or simmer it down to a sauce).
âââââââ
And to make an addictive chutney, cook down canned diced tomatoes with granulated and brown sugars, apple cider vinegar, ground ginger, ground cloves and bourbon. Keep it in the fridge in a Mason jar for up to a week, and spread over brie with crackers or serve it with grilled shrimp or scallops. Alternatively, hold the spices and sub in bacon and leeks for the tomatoes, and slather it on cumin-roasted pork sandwiches.

Of course, bourbon is a no-brainer in all kinds of desserts. Fontaine likes to mix equal parts bourbon and warm water to rehydrate fruits from golden raisins and dried cherries to prunes and pineapples, which can go into cakes or crisps or be spooned over ice cream. And adding it to sorbet tends to improve its texture. Booze does, however, lower the freezing point, so again, a low-proof spirit allows the frozen treat to hold its shape.âââ
âââââââ

These are six additional tips for cooking with bourbon:

Just like with wine, cook with a bourbon that you would actually drink. This is no time to offload the cheap hooch you got as a host gift. If it doesnât taste good in a glass, itâs not going to taste great in the dish either.
Â

1. Add an acidic ingredient to balance bourbonâs deep flavor. This is especially true in a salad dressing or marinade. Bourbon can be unctuous and often sweet, so it really needs something to cut through that richness.
âââââââ

2. Remember that bourbon affects some cooking methods. You may need to adjust time and temperature.
Â

3. Donât pour bourbon into a pan directly over an open flame. This is super dangerous and can lead to a fire leading right back to the bottleâand to your hand. Always use a measuring cup.
Â

4. Donât use too much bourbon in a recipe. You want its profile balanced with the other components of the dish.

5. On the flip side, donât use too little. Youâll never taste it if you are too conservative, and thatâs no fun.
âââââââ