Lees give a beverage life, but if it overstays its welcome, things can quickly take a left turn.

So, what are lees? Where do they come from? As yeast is added to wine, it starts to ferment, converting sugar into alcohol and carbon dioxide as it mixes with the grape juice. Eventually, when the yeast has consumed all of the sugar in the wine, it drops to the bottom of the fermentation vessel.

That wet, dense pile of residual mass is whatâs called the gross lees. Itâs a mix of dead yeast, grape skins, seeds stems, and tartrates, which are then racked off and discarded.

Another type of lees, known as fine lees, is mostly made of dead yeast cells that gradually settle on the bottom of a fermentation vessel. They have a silkier consistency than gross lees and are both a byproduct of winemaking and an ingredient in its aging process.

âLees are like the drunk uncle at a family gathering,â says Toni Boyce, owner of a winery. âIt gives a beverage life, but if it overstays its welcome, things could turn left quick.â 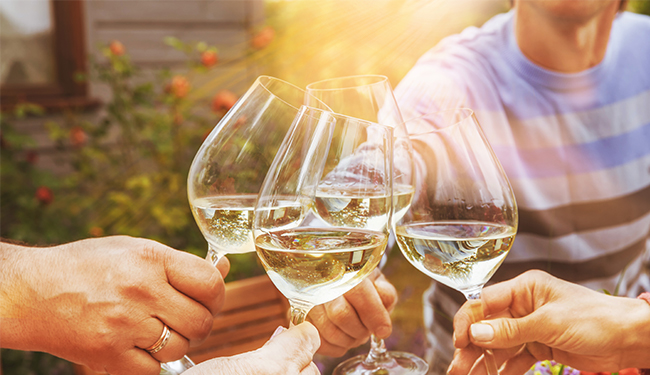 If wine ages in contact with its fine lees for a considerable time, it develops pronounced round, full, creamy flavors that may present as nutty or yeasty, like warm brioche, in the finished wine. The French call this process sur lie, which translates to âon the lees.â Aging wine on its lees adds flavor to the wine in addition to texture, depth, and complexity.

Winemakers around the globe agree. Lees aging is common with Chablis, Champagne, Muscadet, and California Chardonnay. Some wines have less of those warm, savory flavors, while others wines explode with rich, bready notes due to bâtonnage, a process where the lees are stirred as the wine ages.

The longer wine ages on its lees, the more body, and dimensions it develops. Champagne is aged at least 12 months on lees for nonvintage bottles, and a minimum of 36 months for vintage cuvées. Those long aging times produce fuller mouth flavors with every sparkly sip.

Lees leftover from fermentation has many uses. Marmite, a UK staple, is cultivated from beer yeast. In the Fujian province of China, a traditional braised chicken dish uses red wine lees that add punchy umami notes. Sakekasu, or saké lees, are used in Japan for pickling, marinades, and even cosmetic products.
Â