To be enjoyed like a fine Scotch: Slowly. Theyâre strong, sweet, and unravel complex flavors over time. 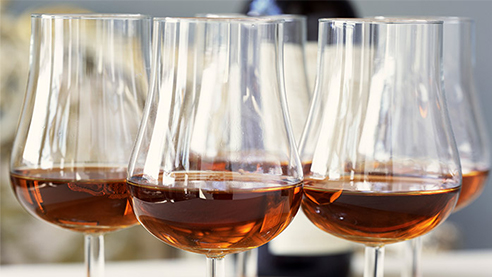 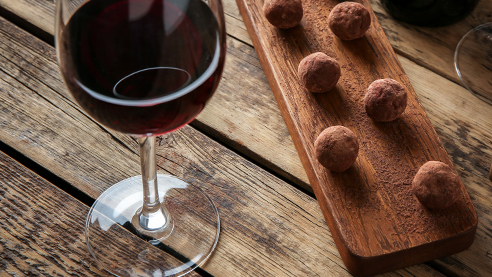 Fortified wine is a wine that has been strengthened by added alcohol. There are two primary types: one fortified during fermentation (Port) and the other after fermentation is complete (Sherry).

Port comes from the Douro Valley in Portugal. Midway through fermentation, the neutral grape spirit is added to kill the fermenting yeast, leaving residual sweetness in the wine and boosting alcohol to 18-20%.  Sherry, which comes from Jerez in southern Spain, completes its fermentation, leaving a dry wine. Grape spirit is then added, boosting the total alcohol to 15-18%, depending on the final style.

Dessert wines are typically made from late-harvested grapes that have accumulated very high amounts of sugar. Often, the grapes for such wines have also been dried, or raisinated, further concentrating the sugars. These sweet wines are pair well with sweet desserts or can be dessert on their own. Famous examples include Sauternes, from France and very late harvest Riesling wines from Germany.