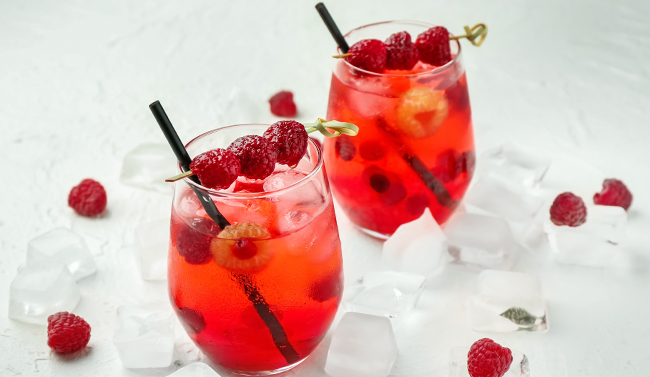 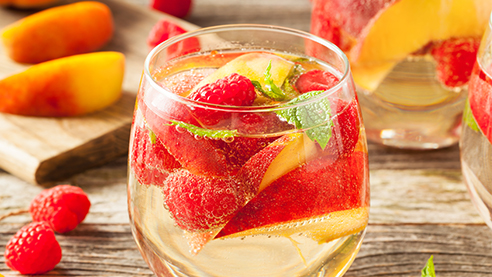 This classic Spanish punch is generally made with red wine and fruit. Other ingredients, such as orange juice and brandy, can also be added to the mix. This type of wine- and fruit-based drink dates to ancient times when wine was safer to drink than water and families often spruced up their home-brewed libations with the addition of fruits and herbs. Fairly low in alcohol, Sangria often hits the under 12% mark The term sangria dates to the 18th century and is believed to have evolved from the Spanish word Sangre or blood. Modern-day Sangria was introduced to the U.S. in the 1940s by Spanish restaurants and was also a hit at the 1964 World's Fair in New York.

Sangria recipes vary widely and have many interpretations. Traditional recipes feature red wine — usually inexpensive Rioja — mixed with pineapples, peaches, nectarines, berries, apples, pears or melon — that is frequently sweetened with sugar and orange juice. Sangria blanca, made with white wine, is a more recent innovation. A newer, sparkling version made with cava has also become popular. Almost any way you make it, sangria tastes best when aged overnight and poured over ice before serving. Canned and premixed versions recently came into vogue given customers’ passion for portable and environmentally friendly wine packaging. A variety of sangria brands and flavors have achieved success on the market, including some new, pink versions.