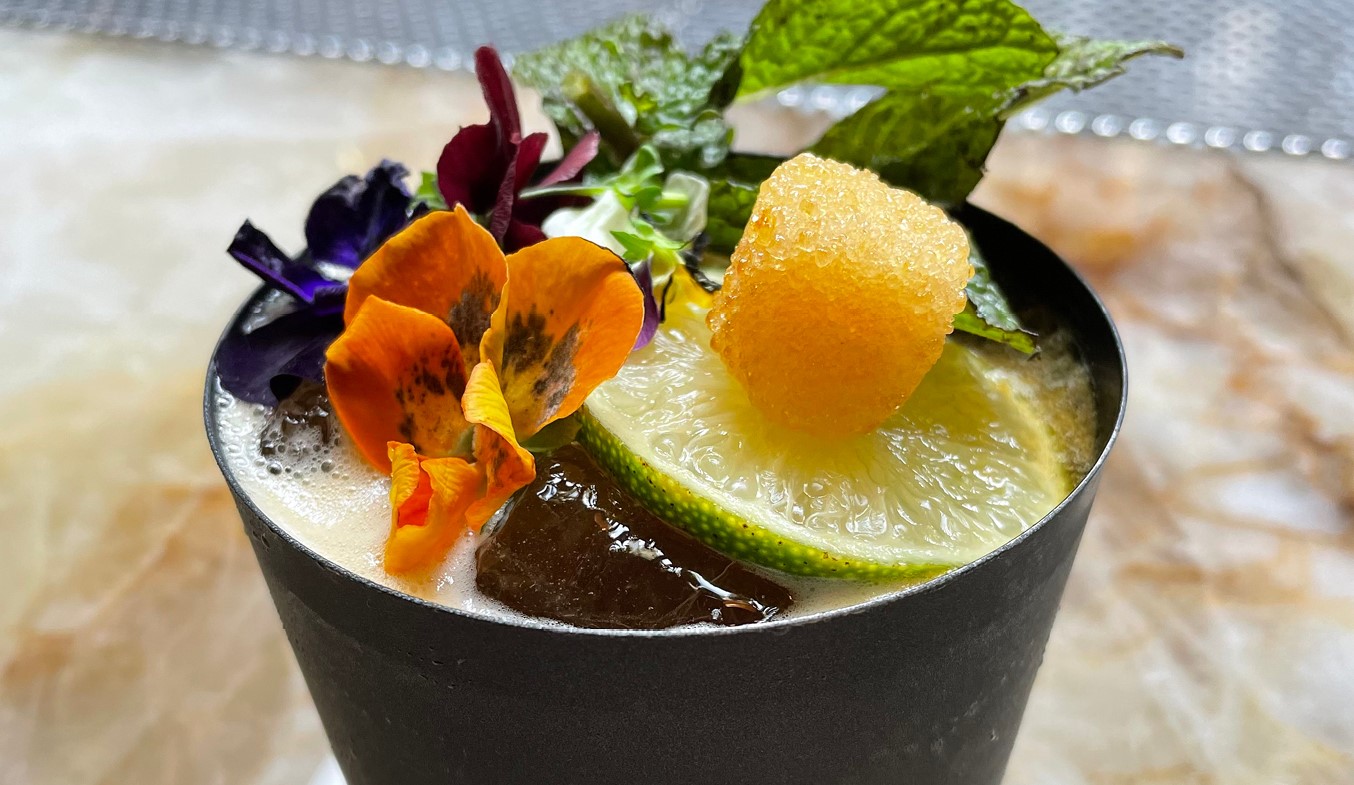 When I think of Southern California, and particularly Los Angeles, I think about warm sun, cool ocean breezes, fresh produce and of course, the diverse population that influences the culinary scene. Â Thatâs why the Liquid Insights Tour, Southern Glazerâs extensive, coast-to-coast educational initiative that explores and identifies the latest trends in mixology and wine, had to go West and make L.A. its fifth and near-final stop. Joining me on this tour was Mishka Bier, our lead Mixologist for Southern California. Â As a life-long resident of L.A., he recently joined Southern Glazerâs last year coming on the heels of the rebound in the on-premise, bringing a fresh perspective thatâs not-far-removed from working at some of the most wonderful bars in the City of Angels.

As we sipped our way across town, some of my expectations were realized from a cocktail perspective. Unlike other markets, there was a much broader use of fresh flowers and smaller micro-flowers to elevate the beauty of cocktails. In addition, while there was still some fruit dehydration being used, it was less so than previous markets. And, while not likely considered a âtrend-forwardâ ingredient, coconut was utilized in a wide range of cocktails, including arguably the most unique cocktail weâve seen anywhere that combined coconut cream with fresh carrot juice to create both a lovely creamy vegetal flavor and unique and vibrant color. Further along the tour, weâd see two innovative twists on the Painkiller and even a clarified version of coconut used in essentially a carbonated and canned piña colada. In fact, this canned drink was a direct result of on-premise innovation that came out of COVID, where the bar figured out how to can and sell one of their most popular cocktails to go. Â It was such a success, that they continue to pre-batch and can these drinks to order on-site or to go. In contrast to the fresh juice and coconut flavors, we also saw an even-wider range of spice or pepper accents in drinks â from Aleppo, Calabrian, Birdâs Eye, and Sichuan, to a concentrated âfirewaterâ application allowing bartenders to calibrate the spicy heat perfectly.Â

Salt, as weâve seen in other markets too, took a more central stage being called out on a variety of menus. Ultimately, these cocktails, visually were often elegant with the floral garnishes, but also complex and balanced with a depth of flavors using surprising accent ingredients. Finally, while we did see some partial batching of cocktails, it was much less so than other markets (despite many of the bartenders we met being new to bartending at that establishment). The first reason Mishka and I believe could be driving the reluctance to batch was the desire to make guests feel good about the high prices of cocktails. The second may be the influence of âHollywood.â since bartenders are essentially both producers and performers â the bar is their stage.

From a wine perspective, we saw things I hadnât seen in other markets that truly expand and differentiate wine lists â the listings of chilled or sweet reds and sweet wines in general. These types of wines stand up well to a wide variety of foods. Orange wines also continued to gain share on menus. In fact, several locations relabeled their by-the-glass sections âRosé & Orangeâ to accommodate both styles. The continued expansion of sparking by the glass showed in L.A. as well, again, delivering a range of bubby, non-redundant flavors that made up, in some cases 1/4 to 1/3 of all wines by the glass. Also, while there were many wines from California on lists as youâd expect, we also saw a a wide range of international wines.

Finally, it was only a matter of time before we found, what I felt (and Mishka agreed) was the very best Espresso Martini of the tour. At first, when I saw it on the list at a Michelin Star Italian restaurant, I thought thereâs no way it could be worth the $40 price. Yet, upon asking the bartender, he answered with eyebrows raised and a slow wry smile, âwell, itâs really, really good.â Â He was not wrong. It was a complex drink with a Greek vodka, Italian coffee brandy, and Italian espresso liqueur, fresh expresso, amaretto, rich demerara sugar and shaved French white chocolate. For a drink that most bartenders would agree they donât like making, creating an incredibly complex, unique showstopper, made it worth the bartenderâs effort, delivered a crazy-high margin, and created an experience for the guest theyâll be sure to tell their friends about.

We canât wait to blow through our next and final stop â the Windy City â and finally wrap up what has been a productive and incredibly fun experience.Â